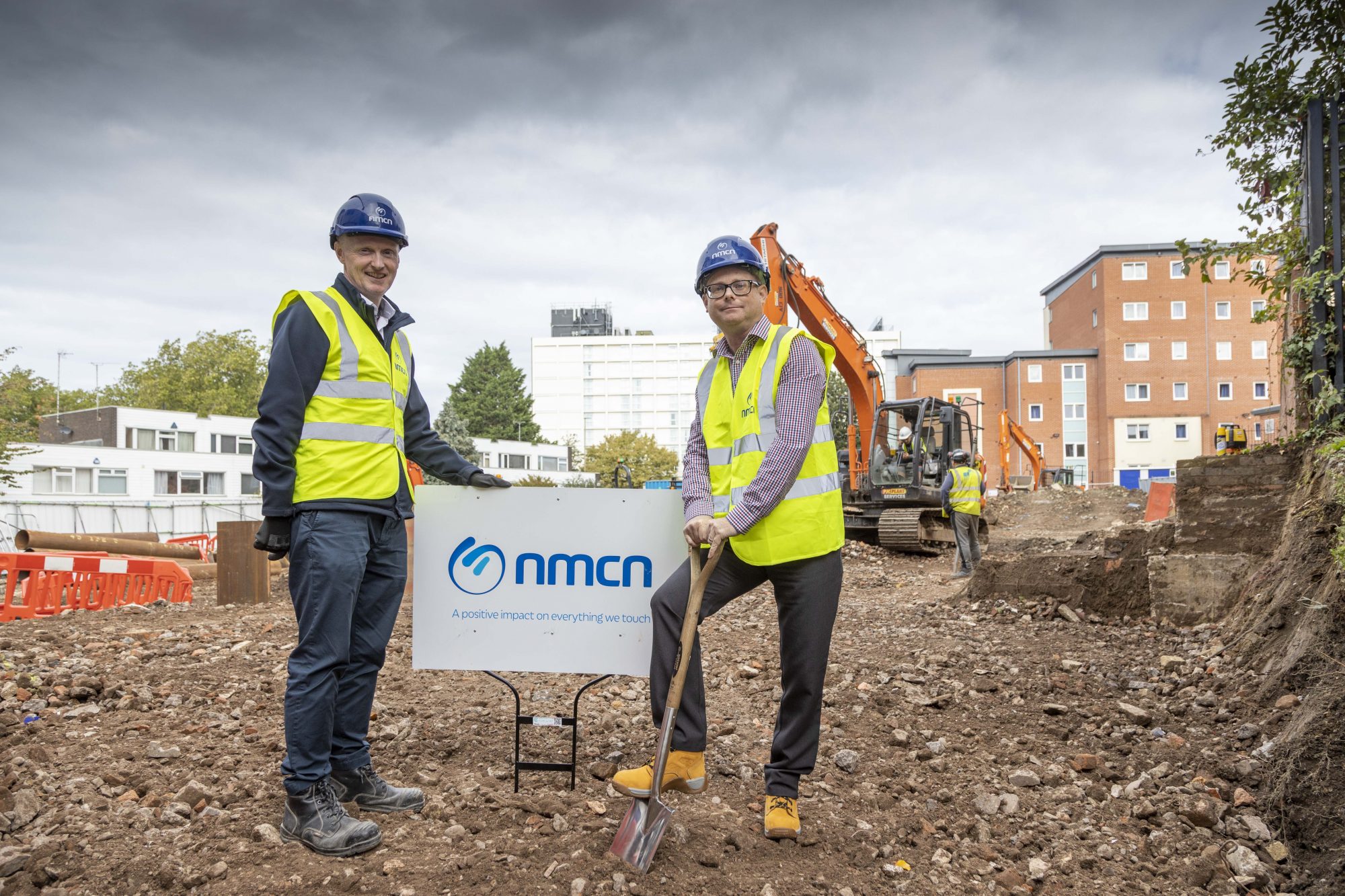 Tiger Developments and nmcn are pleased to announce that work has begun on the construction of 125 new homes in Leicester city centre for students at DeMontfort and University of Leicester.

A groundbreaking ceremony was held today by Tiger Developments and the construction company nmcn to celebrate the start of the scheme in Castle Street, which will see the demolition of the existing two storey, 1960s office block to be replaced by a high quality, part 3 part 4 and part 5 storey building, housing 125 student bedrooms across 20 cluster flats and 3 one-bedroom studio flats.

The development, which was granted planning permission by Leicester City Council in November 2018, is the second purpose built student accommodation development Tiger Developments and nmcn have worked on together in Leicester, the first being the refurbishment and extension of ‘The Glassworks’ on Newarke Street, which opened in September 2016, creating 398 student bedrooms.

As with ‘The Glassworks’ the new Castle Street flats will be operated and managed by Tiger Developments associated company Host, an award-winning student accommodation developer and operational asset manager, specialising in purpose built, high quality, affordable student housing throughout the UK.

Host, which operates over 42 sites in Europe and the UK, was last week named the Best Private Halls Provider for the second year in a row at National Student Housing Awards 2019.

The National Student Housing Survey (NSHS) measures satisfaction levels in all types of accommodation, and only recognises accommodation based on real student experiences. This year more than 40,000 students from accommodations across the UK and Ireland took part and left their feedback.

“This is a great opportunity to regenerate this part of Leicester City Centre, replacing a largely empty office block with secure, modern and much needed homes for students, many of whom will be living away from home for the first time.

“We are delighted to be delivering our second major development in Leicester, which is one of the UK’s most diverse cities and has a thriving international student community.”