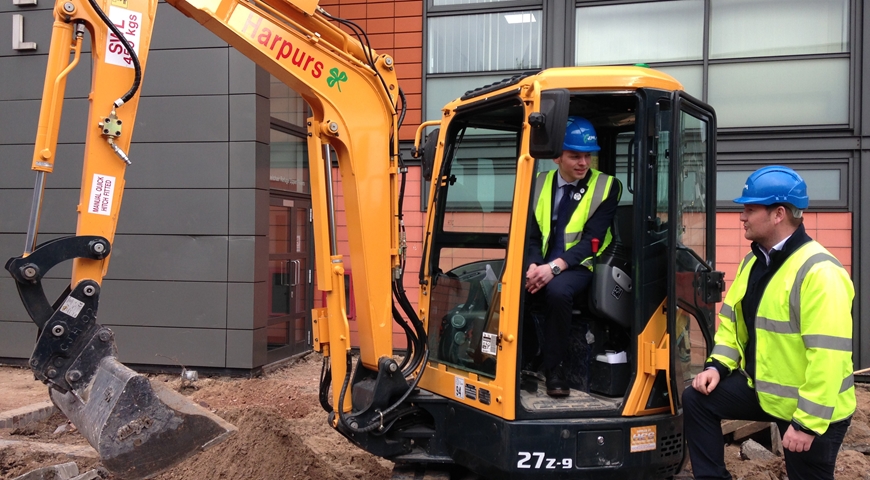 Stoke city centre to get revamp with £2.5million highways contract

Our highways business unit have started on a £2.5million public realm scheme in Stoke-on-Trent to improve roads and pavements in the city’s retail and commercial centre.

Our highways business unit have started on a £2.5million public realm scheme in Stoke-on-Trent to improve roads and pavements in the city’s retail and commercial centre.The improvements are taking place in two separate areas – the first being Stafford Street and Crown Bank, followed by the Victoria Hall area, which is bounded by the eastern section of John Street and Lidice Way.
Works in the first area involve renewal of the footway, carriageway and pedestrianised paved areas using materials that compliment and match previous phases of public realm works undertaken in the city centre over the past five years. In the Victoria Hall area, existing footways and the kerbing across the frontage of the Victoria Hall, bounded by John Street and Lidice Way, will be renewed. New street lighting and other street furniture, such as benches, will also be installed in both areas. Geoff Poyzer, managing director of the highways business unit , said: “Work has begun on this large project for Stoke-on-Trent City Council and it has already got off to a great start.“We are delighted to be aiding in the rejuvenation of Stoke city centre and believe that the renewal of these public realm areas will make a real difference.“This isn’t the first time we have worked for the city council. We have previously delivered public realm phases one and two in Burslem, which involved carrying out improvements to the Market Place next to the Town Hall and the creation of additional car parking spaces.  We are therefore really pleased to have been awarded this further contract by our client.” Councillor Jack Brereton, cabinet member for regeneration and transport, said: “It’s fantastic to see the next phase of our investment in the city centre’s public realm getting under way. This work will completely transform the Stafford Street area and massively improve the experience for shoppers and visitors, creating a much more attractive environment for everyone. “You only have to look at other areas of the city centre where public realm improvements have been carried out to see how much of a positive impact the work has had for businesses and the overall appearance. It’s absolutely vital we have a city centre which is attractive and vibrant that people will want to visit and invest in.”