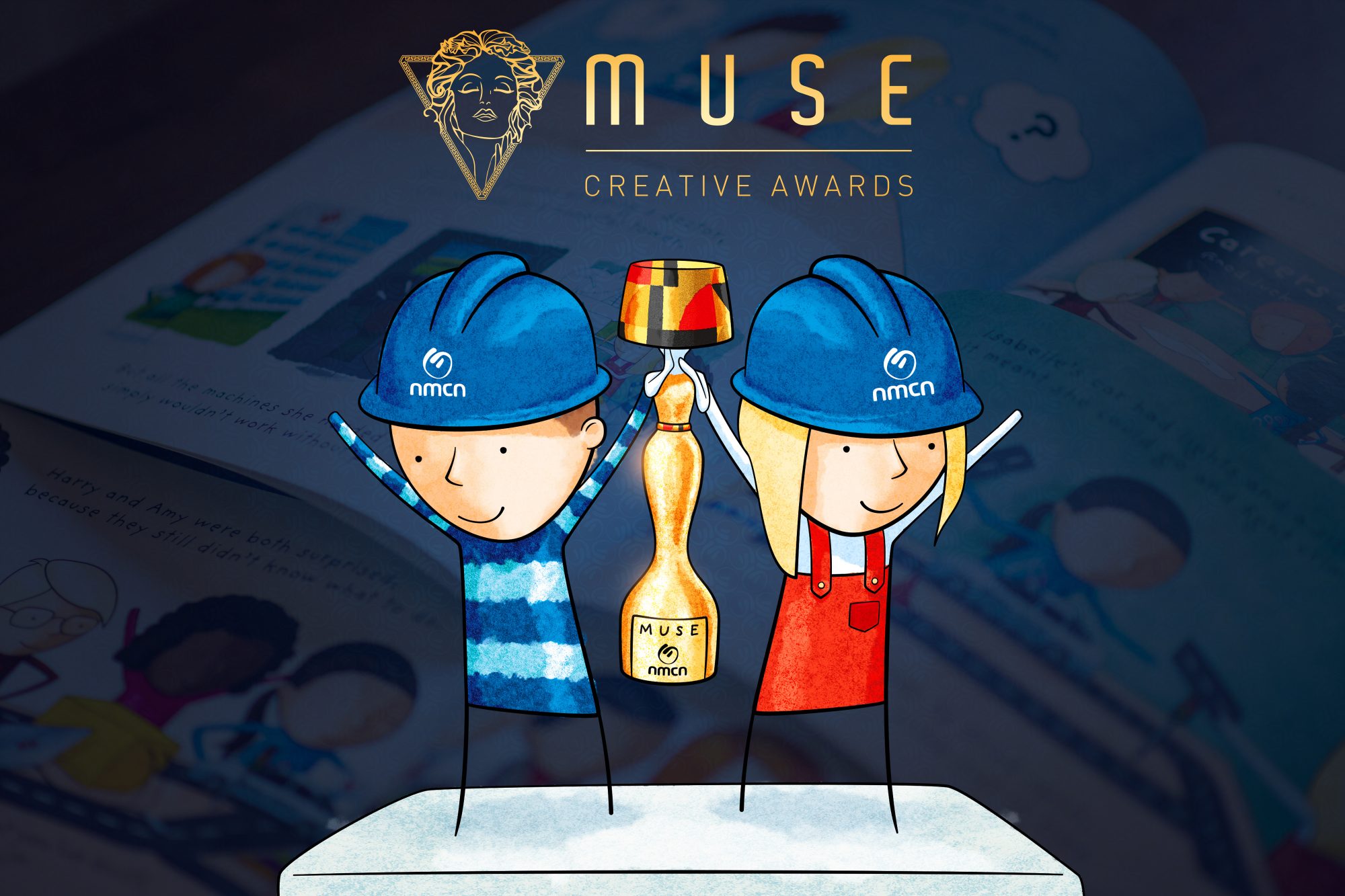 nmcn has won an international award after being announced as a platinum winner at the MUSE Creative Awards for our very first children’s book ‘When I Grow Up’.

The book, which was written in house by our team, took the top award in the publication category.

‘When I Grow Up’ follows twins Harry and Amy, who are considering their future professions as part of their school careers day competition. The story covers a range of engineering activities and demonstrates to children that without the hard work of those in the construction industry, many other roles would not be possible.

The book was created to inspire bright young minds to consider a career in construction and to address the skills crisis in the sector. It builds on the existing work our team has done as part of its Positive Impact Plan, in which we aim to engage with at least 5,000 children by 2025.

Aimed at four to seven-year-olds, the free book has been recognised by celebrity architect George Clarke and BBC’s DIY SOS star Billy Byrne, as well as other famous faces from the construction industry.  We’ve even had interest from as far as Australia!

Rich Smith, who is the book’s author and nmcn’s business development director said:  “We are absolutely delighted to have won this award and we are so proud of the whole team who have worked so hard to make the book the huge success it has been.

“The other winners in the awards are huge global brands such as Disney, BMW, Universal Pictures and Spotify so to see our name amongst them is incredible.

Rich, who is dad of two young children aged five and three, added: “We hope the creativity of our book captures and motivates children to consider a career in construction and our long-term vision is that the book is the start of a children’s brand which will grow into something much bigger.”

Kenjo Ong, CEO of the MUSE Creative Awards said: “These individuals truly embody the spirit of innovation. It is a privilege to award nmcn for their monumental work! It is always a humbling experience to witness what these creatives are capable of.”

The MUSE Creative Awards, which this year received 3,820 submissions from 50 countries, honours creative professionals whose work transcends beyond modern times and celebrates unique talent for touching the hearts and minds of their audience by creating advertising that transforms, and design that inspires.

Representatives from the team building the world’s largest offshore wind farm took part in a health promotion event this week to inspire young people at an East Riding primary school. The week-lo...