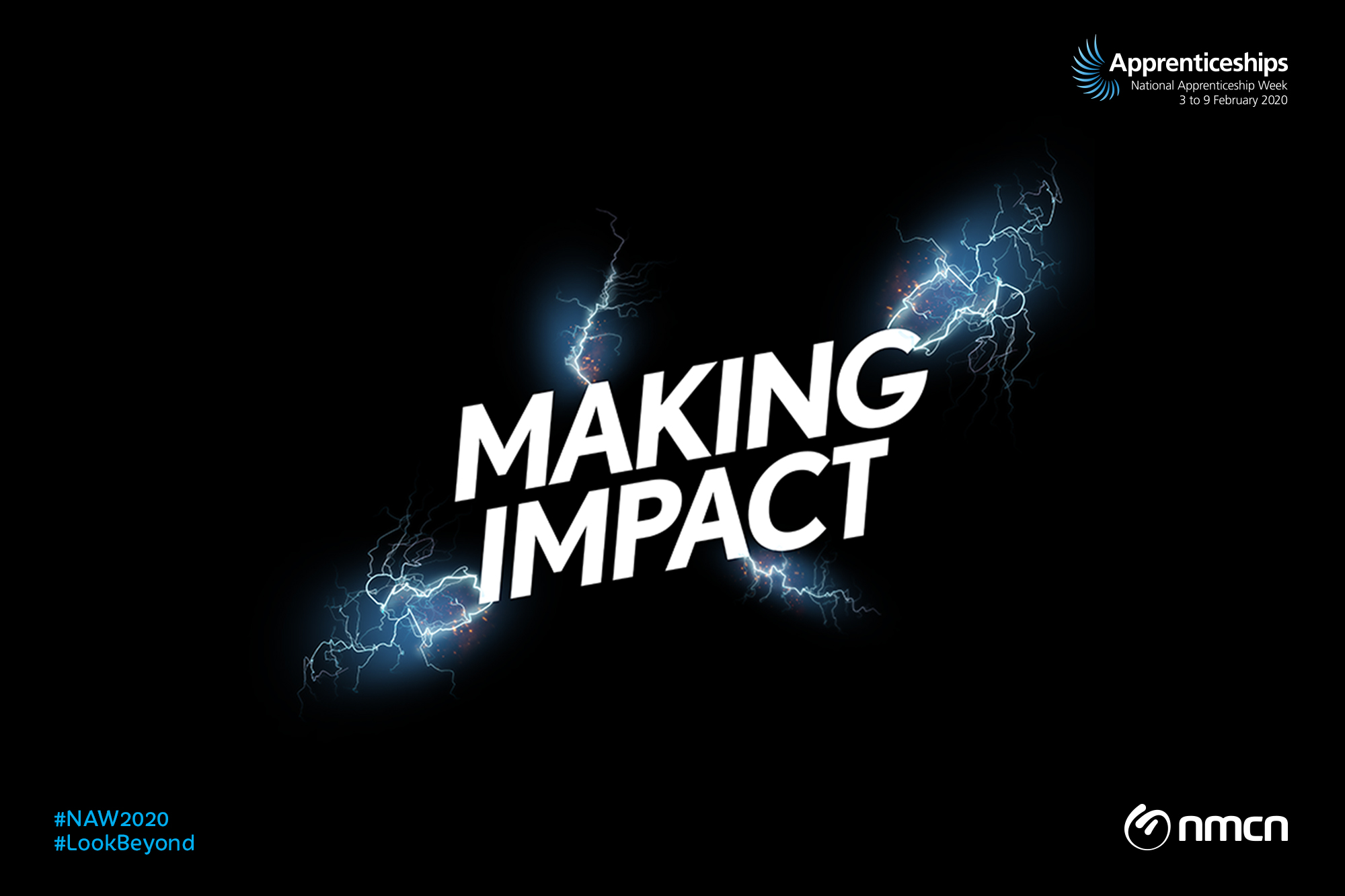 As one of nmcn’s newest apprentice recruits, 17-year-old Erin Graham is getting used to life on a construction site. After joining the business in September last year Erin has had her eyes opened to the breadth of opportunities offered in construction, an industry she’d never previously considered.

Erin said: “I think a lot of young people don’t realise that there are all types of jobs in construction. When I first started looking at apprenticeships in mechanical engineering, construction didn’t occur to me.

“I had always thought construction was all about manual building site roles and civil engineering jobs, it was only when I went to a talk on careers in construction that I realised it might be the industry for me.”

Erin, who finished her GCSE’s last summer with fantastic results, had always known that the traditional college route wasn’t for her. Instead, she preferred a route to work that would enable her to split her time between practical work and academic learning.

Coming from a family of care professionals, Erin’s desire to work in mechanical engineering was a somewhat different career path to her family, but one which they have wholeheartedly supported. She says: “My Dad is a nurse for a major aerospace company, my mum is a 1-2-1 assistant for kids with special education needs and my brother followed in their footsteps becoming a health care assistant in the NHS, so mechanical engineering was a very different ambition.

“My family are all really proud of me for following the career path that was right for me – they’ve always said I should do what is best for me, it’s great to have their support but also to be able to follow my own path.”

Since starting on nmcn’s apprenticeship scheme, Erin has spent time gaining a variety of both on-site and off-site experience as part of her role as Apprentice Engineer. Her first three months were spent working on one of nmcn’s major water sites working on pipe connections, but Erin wasn’t daunted by the unfamiliar environment.

She said: “I found the site environment really positive and inclusive, I never felt like I was singled out or treated differently because of my age – I was just another member of the site team. I love that there is a real variety of work, no two days are ever the same.”

As well as her work in the business Erin is also spending one day a week at college learning the theory side of mechanical engineering. It gives her the chance to break up the working week and catch up with peers also working in engineering apprenticeships.

As for the future, Erin has high hopes for her career: “Eventually I would love to work in some major mechanical engineering projects – you never know what the future holds.”

Learning and development manager Jodie Waddington added: “We’re looking forward to following her apprenticeship journey and seeing what the future holds for Erin and the rest of our apprentices.”

To find out more about nmcn’s apprenticeship opportunities visit our careers page.

‘When I Grow Up’ wins national construction award

We are delighted to announce that our children’s book 'When I Grow Up' has won ‘Best Contractor Marketing Campaign’ at the prestigious Construction Marketing Awards last night. Hot on the hee...

As nmcn celebrates its second birthday today (26 November) since our rebrand in 2018, we’re using the opportunity to reflect on the past two years and look at what’s to come. It’s safe to say...

Road Safety Week: ensuring no need for speed on our roads

This week is Road Safety Week, an important date in our calendar as safety is crucial to our business. During this week, we are running a series of blogs and today we speak to our transport deliver...