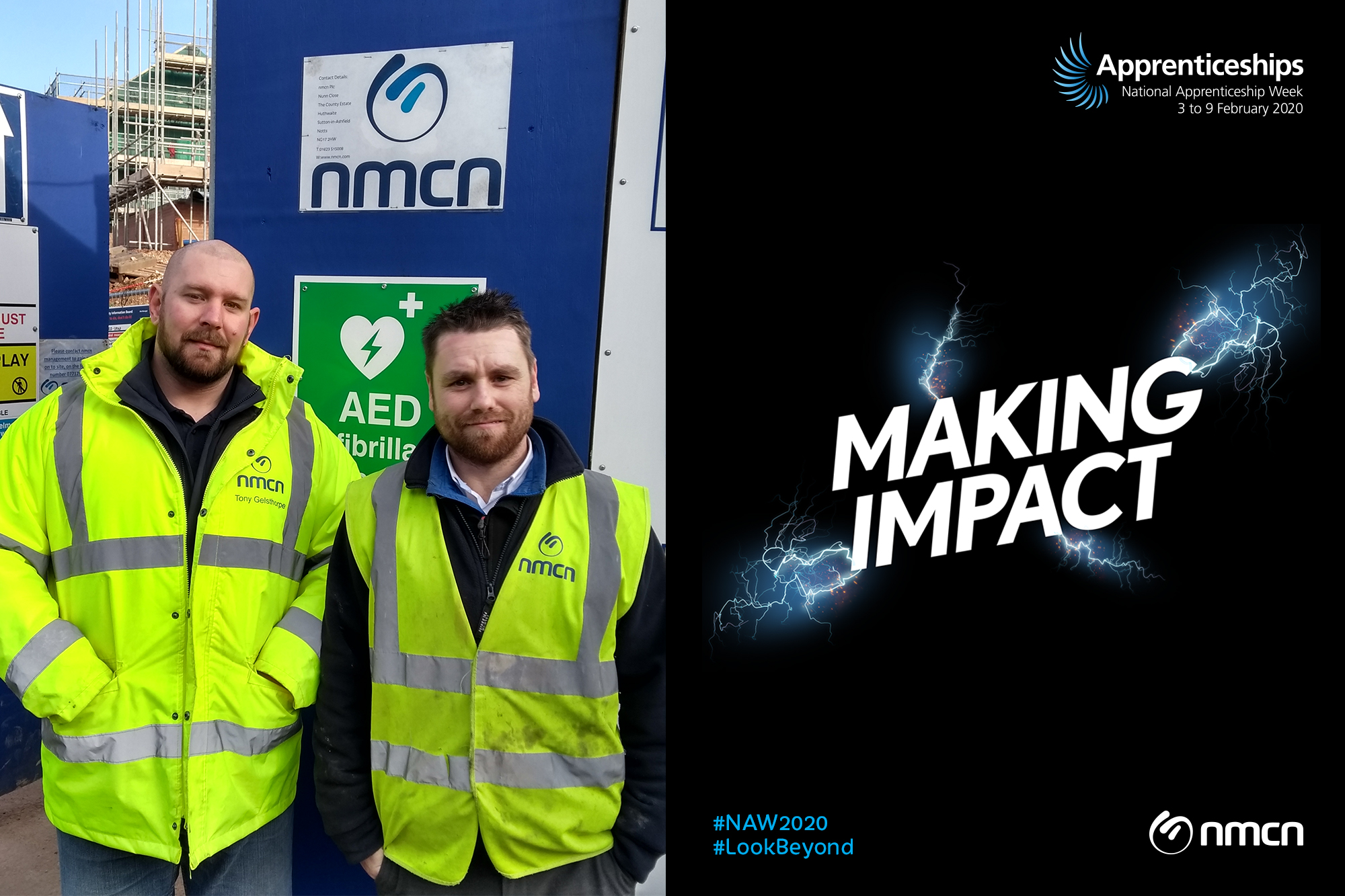 During last year’s National Apprenticeship Week, we introduced to you Tony Gelsthorpe.

Tony, 32, joined nmcn as a clean water apprentice engineer in January 2018 after deciding he wanted a career change.

We catch up with Tony to see how he has progressed over the last 12 months.

How has your apprenticeship been going, what skills have you learnt?

Taking a moment to reflect on the past year of my apprenticeship has given me a great sense of pride and achievement from where it first began.

I started my apprenticeship working for our water business unit which is a fast-paced industry – I was quickly introduced to the world of site management.

Having never been in a role so demanding, the support network my colleagues provided has been very humbling. I couldn’t have asked for a better team to guide me through what was a difficult transition to what I have previously been used to and for that, I will be forever grateful.

The skills I have learnt really are endless, I have been able to enhance my knowledge through various courses in site management such as SMTS and NRSWA supervisor which has enabled me to have a better understanding of my job role and what is expected of me in my position.

When I received the results of my first-year exams I was super proud to learn I have achieved a distinction. The support I received for studying from my manager and nmcn as a whole was excellent.

What have been your biggest challenges?

While studying for my apprenticeship I was able to get an understanding of other sectors which nmcn work in. Having spoken to various people across the business I decided to make the transition from working in our water sector to our construction business unit. As you can imagine this felt a bit like starting all over again, however, I was quickly able to use the skills and knowledge previously gained throughout my apprenticeship and transfer it into my new role.

We have a vast array of business units at nmcn which are across our two core sectors so my transition was always going to go smoothly. As always, I was supported by managers who are always looking for new talent to help nmcn stand out above the rest.

Do you feel joining nmcn as an apprentice was the best route for you?

Yes, definitely! I previously worked as a civils operative, which was a good job and I earnt a decent wage, but I knew I could better myself. I was driving home one Sunday evening after a long weekend working away and I thought to myself there is more to life than this – so I started looking at different opportunities.

When I came across the apprenticeship role at nmcn, I was sceptical at first, I wondered what other people would think about me doing an apprenticeship in my 30’s, but I wanted to prove to my family and my wife that if you’re bored in your career then there are opportunities to do something about it and it’s never too late.

A lot of people see apprenticeships as just making cups of tea, but my role is really hands-on and all the opportunities for me to progress are there. I hit the ground running with my role and it’s great because there is always someone on hand to coach you and take you to the next level.

What have you enjoyed most about your apprenticeship?

The camaraderie is what I have enjoyed the most, it has been a great pleasure to meet so many wonderful people and make friends for life.

Being a mature student isn’t easy, I have come across people in the same job role who have more experience than me because they haven’t made the change like I did.

I thought going back to college and learning again at an older age would be the toughest task I would have to endure but it actually became the easiest – I relished the opportunity and took it with both hands. I would suggest others should do the same!

You’re coming to the end of your apprenticeship, what are your plans for the future?

I’d like to further my studies and do a degree in a specialist area, there are a number of business units at nmcn so there’s lots of different opportunities. I’d like to progress to become a technical lead.

Would you recommend an apprenticeship to others?

I would definitely recommend it to anyone, it was financially hard for the first year as I was taking a step back, but I know in the long run it will be life-changing and it’s what I need to do to be successful in my career.

A Year of Our Positive Impact Plan

We are delighted to announce we have made the Water Industry Awards 2020 shortlist in an incredible five categories: Water Industry Contractor of the Year Health and Safety Initiative of the Y...