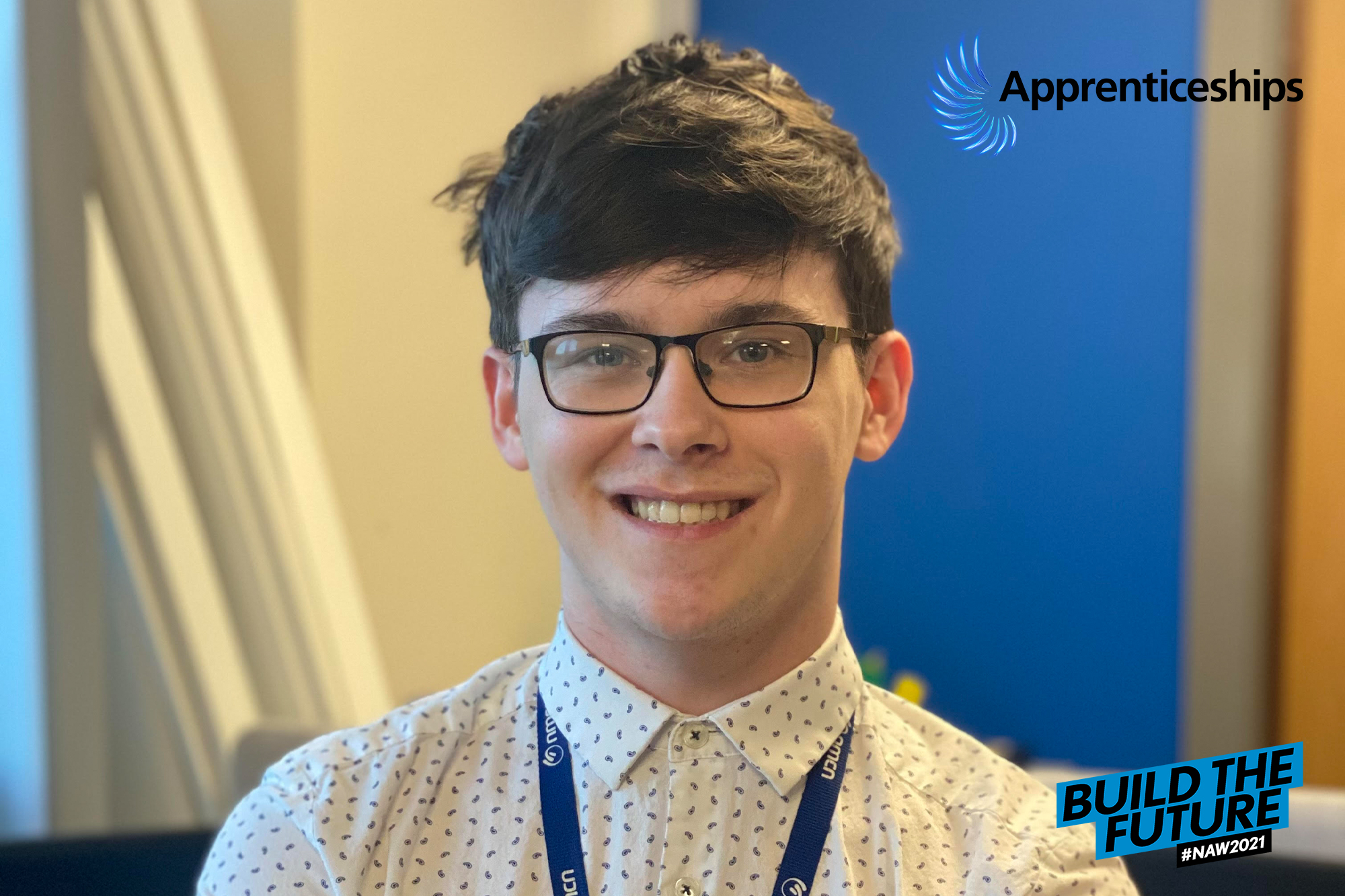 NAW 2021 : Building a different kind of future career with apprenticeship

When IT Service Delivery Analyst Shane McGregor joined nmcn for a week’s work experience in 2018 little did he know it would be the first step to building a future career in IT. As part of National Apprenticeship Week we spoke to Shane about how he found himself working towards an apprenticeship and why it wasn’t what he expected.

As an A Level student studying biology, history and finance the last thing Shane was expecting was to start a career as an apprentice in the construction industry. “As far as my vision for the future was concerned, I was planning to get my A levels and head to university like most of my peers and that was as far as I got” Shane said.

“But when I was taken on by nmcn for a week’s work experience, that all changed and my whole career plan switched almost overnight. When, three days into my work experience week, I was offered the chance of a summer job, I snapped it up and never looked back.”

Shane started working with nmcn logging day-to-day issues from across the business as part of the service desk team during his college summer holidays. But as the six-week break drew to an end he found that he enjoyed the role, and the team around him so much he wanted to reconsider his career path, starting as an Infrastructure Technician apprentice in September 2018.

Before starting at nmcn Shane’s expectation of an apprenticeship in construction was definitely focussed on on-site roles. “Before my work experience started, I had no idea what to expect, I knew a site role wasn’t for me so I was starting to worry what I had got myself into. It never even occurred to me that the industry would have a whole host of other careers involved behind the scenes.

“Over the past two years I’ve come to realise that so much of the modern construction industry relies on IT system. Everything from drawing plans, ordering equipment and materials and even organising staff has to go through complex IT systems before even the first brick is laid or pipe fitted. I never realised so much of this tech existed and it’s truly fascinating.”

Since starting his apprenticeship, Shane has been involved in a whole range of IT projects across the business from installing and maintaining software and resolving minor IT issues through to taking part in a roadshow across the country to help train site teams on new systems.

More recently, along with the rest of the IT team, he has been involved in helping nmcn shift much of its office team to home working as part of its response to the coronavirus pandemic.

Shane, who recently won an internal People award, suggests that a supportive team around him has been key to his success as an apprentice: “the team around me has been amazing and gone above and beyond to help make sure I achieve my goals both in work and out of hours. They’ve really helped me get to the point of completing my apprenticeship.

“I must have asked about 1,000 questions a day when I first started, I had so much to learn and the team were always there to help me.” Now he’s keen to pass that knowledge on to the newer apprentices and is working to create training manuals and guides that can be referred to in the future as well.

As for what the future holds for Shane, he has big ambitions: “I always joke that I want to be the future CEO but, in all seriousness, I just want to grab every opportunity I’m offered by the business and experience as much as I can. I’d love to find new opportunities to fill IT skills gaps in the business and work my way up. I really like it here and can’t wait to see where it takes me.”