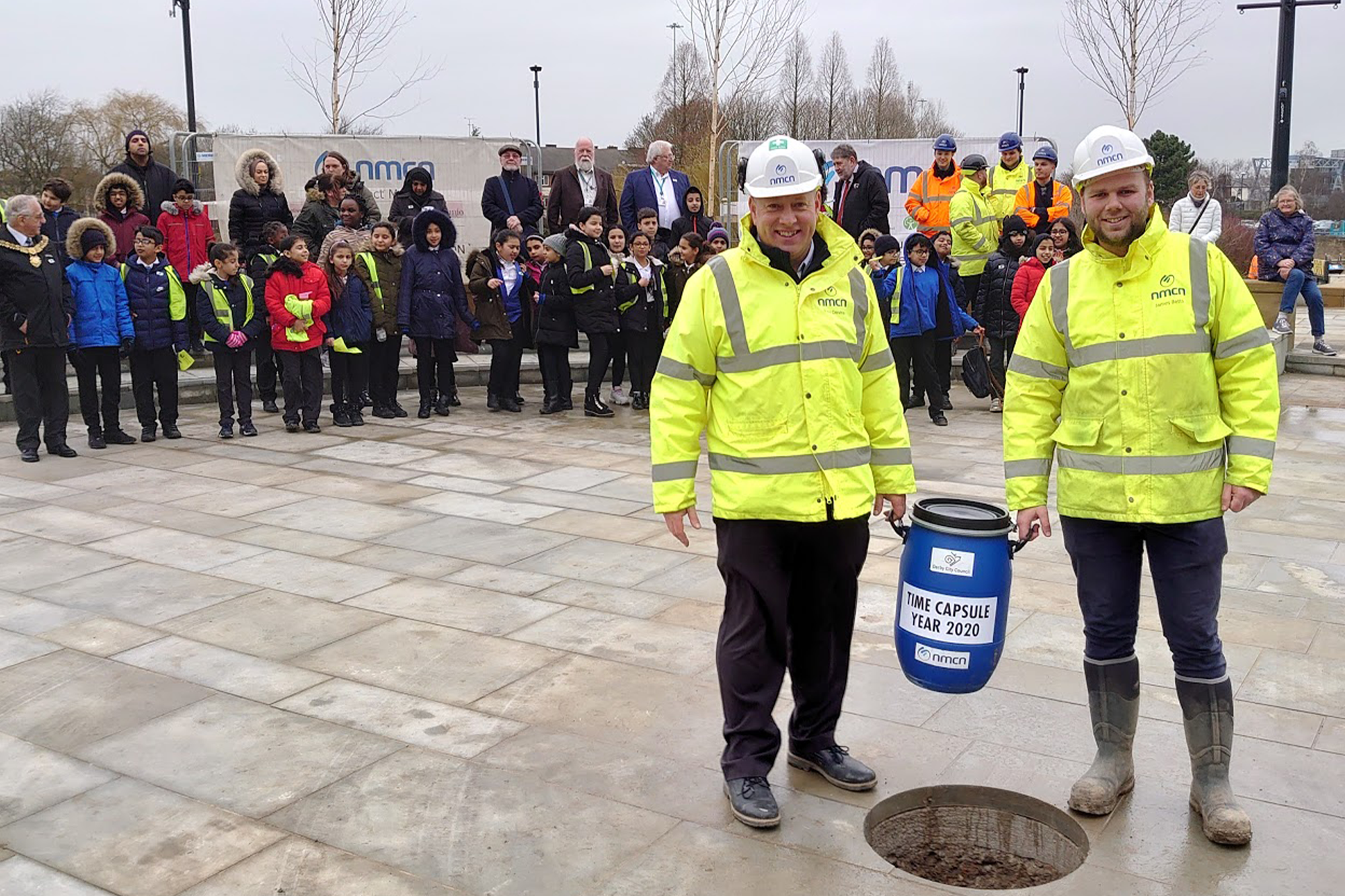 A time capsule has been buried at the River Gardens to mark the installation of the new flood defences in the city.

The time capsule which has been lowered underneath the new amphitheatre in the River Gardens marks the completion of our flood alleviation works and redevelopment in this area.

The newly designed River Gardens has created clear lines of sight in all directions, integrated seating, and made the space more accessible to residents in the city. An open-air performance space has been created in the style of an amphitheatre.

Children from Hardwick Primary School and Arboretum Primary School have added items to the time capsule, under the theme ‘100 years’ which echoes the level of protection that the new defences will have. 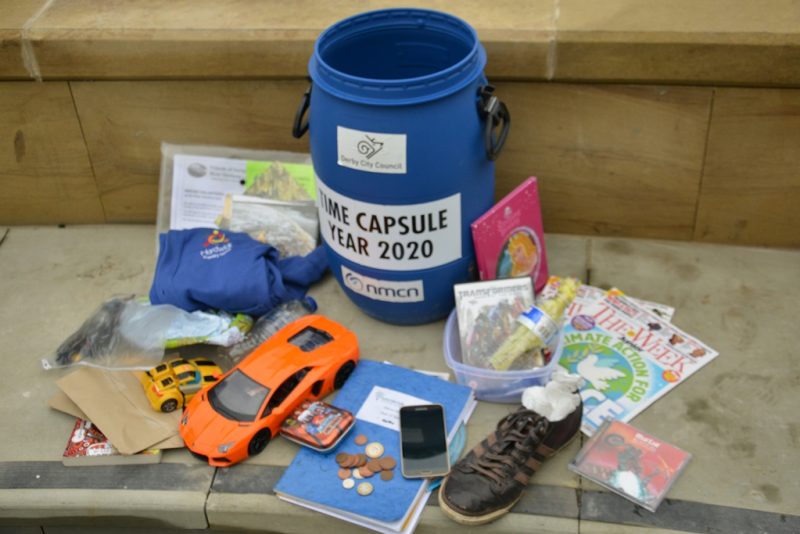 Pupils from Hardwick Primary School attended the burial ceremony and met with the Leader of Council – Cllr Chris Poulter,  Mayor of the City of Derby – Cllr Frank Harwood and the Friends of the River Gardens to hear about the history of the park and work that has been completed over the past year.

A plaque by artist Tim Clapcott, who created the “Made in Derby” plaques in the city centre, will be added to the site in the next few months. The open space will be seasonally planted and landscaped over the next few months, with the site fully completed in the summer.  The time capsule will stay in the River Gardens for the next 100 years.

As part of the redevelopment, two bronze turtles from Allestree Park, which originally sat in River Gardens, have returned as an added feature of the newly designed space.

Paul Devine, our Project Manager said:“As part of nmcn’s Positive Impact Plan, we have been working with Arboretum and Hardwick primary schools in developing the Time Capsule initiative over the past few months. It has been a privilege to work with the children, who were fully engaged and enthusiastic about the scheme – they also learnt about our flood defence works and we hopefully inspired them to consider becoming engineers of the future.”

Cllr Matthew Holmes, Deputy Leader of Derby City Council said: “The River Gardens have been neglected over the years, so it’s fantastic to see this open space redesigned and developed to be an accessible garden in the city centre.

The burial of this time capsule marks the work that has been completed over the past year.  It’s great to get local schools, like Hardwick and Arboretum involved, as well as helping them to understand environmental factors and why the work we’re doing is so important.

Protecting homes and businesses is the main drive for these works, however helping to regenerate the areas next to the river will help us make the most of the asset we have and turn the city to face it.”

The £95million OCOR project has been developed to reduce flood risk through long-term, and sustainable economic development, creating a high quality riverside, linking the city centre with the river. The works were delivered under Project Munio which is funded by ERDF.

The open space will be seasonally planted and landscaped over the next few months, with the site fully completed in the summer. The riverside path between Derwent Street and the Bus Station has now reopened for pedestrians. 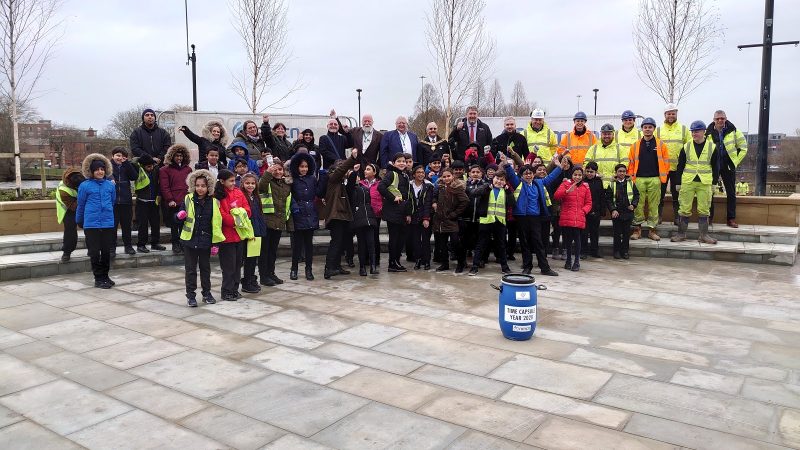 We are pleased to share our Annual Report and Accounts for 2019. Our Annual Report provides more detail on our new purpose-led strategy and further explores our 2019 year-end results which confirm ...

Reflecting on learning journeys this Learning at Work Week

Over the past couple of months, we have learnt more in business than ever before as we adapt to a ‘new normal’ way of working. Due to current circumstances, this year’s Learning at Work Week,...

In support of Mental Health Awareness Week 2020, Mark Lowson, Commercial Director for our Highways business unit emphasises the importance of raising awareness for mental health and shares some of his...