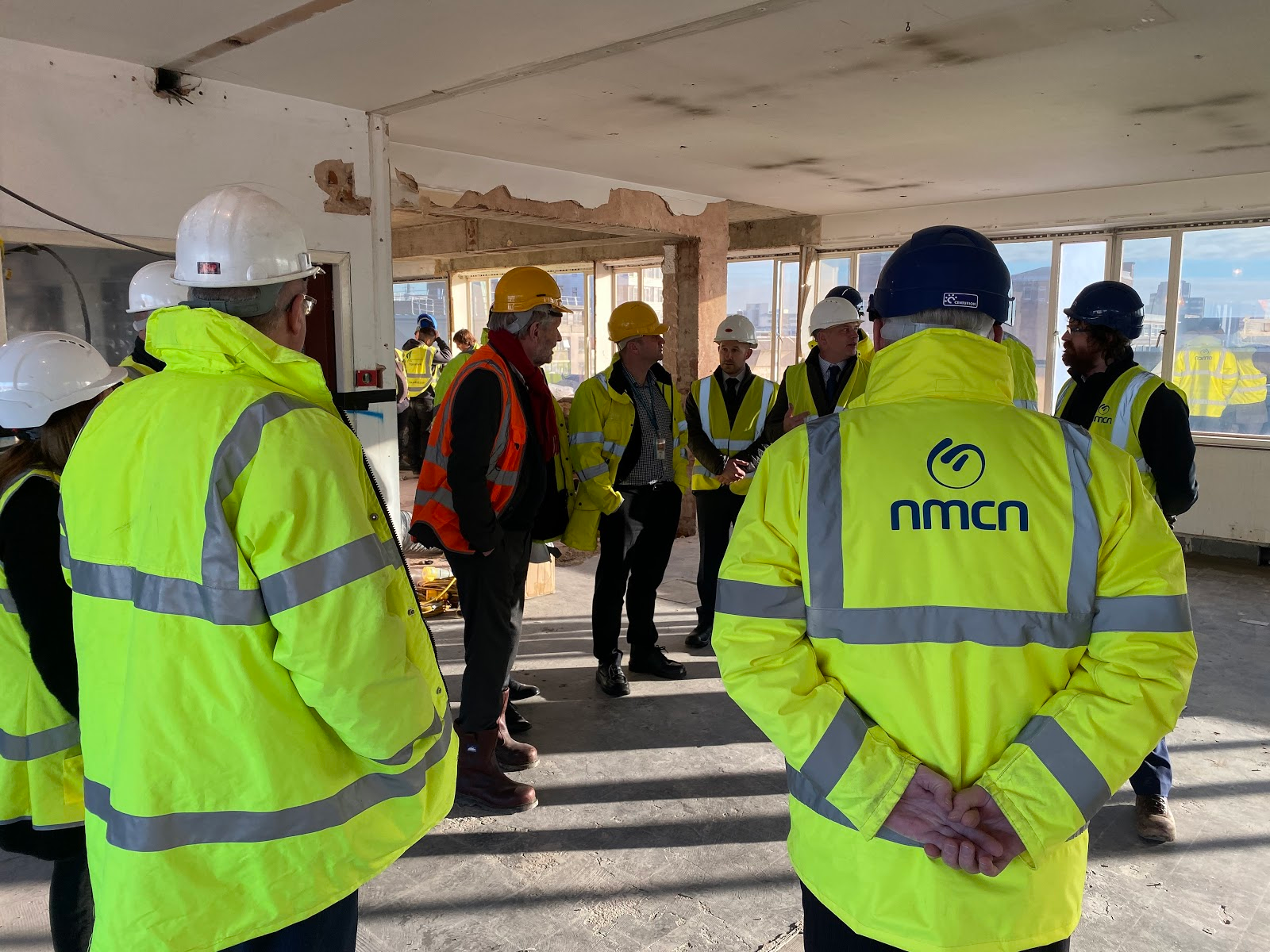 Works to create a 67-bed hotel in a city centre building that’s been vacant for more than 30 years are now well under way.

Our Building business unit have started work on the fit-out of Haymarket House – the empty offices above the Haymarket shopping centre – which is set to become a new Travelodge hotel for Leicester.

Work has also begun on the construction of two new lifts, which will provide access from Belgrave Gate to the new hotel and the refurbished Haymarket car park, as well as to the Haymarket Theatre – ensuring that people with disabilities have full access to the whole building.

Both the hotel fit-out and the new lifts are due for completion in August 2020.

Nick Banks, operations director at nmcn, said: “We are delighted to start on this project in the centre of Leicester and to be part of the regeneration and economy of the area.”

City Mayor Peter Soulsby visited the site on Tuesday to meet the contractors and see how works are progressing.

“I’m very pleased that nmcn are now on site as the principal contractor and we can see some real progress on this scheme,” he said.

“Haymarket House has been vacant for years, so it’s really important that this high-profile site in the heart of the city centre is brought back into use. 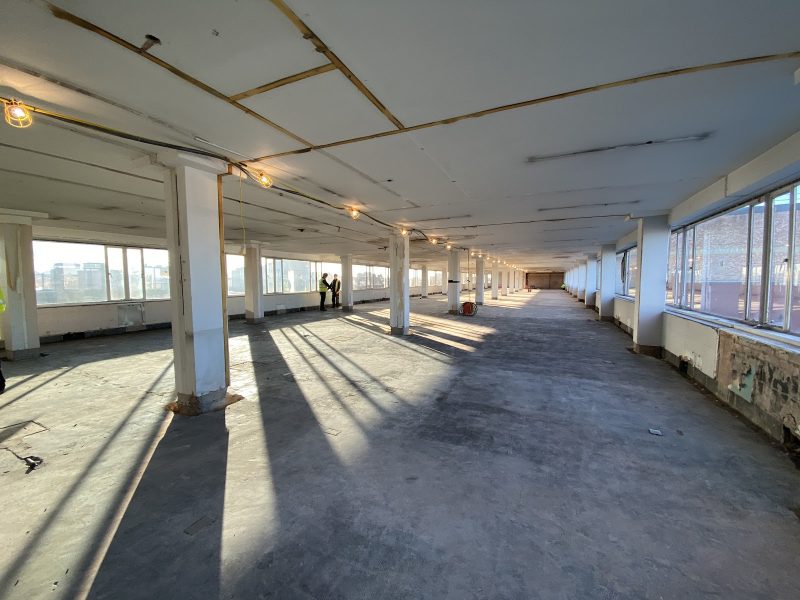 “Leicester’s increasing appeal as a visitor destination means there’s growing demand for hotel accommodation in the city centre, so I’m very pleased that this scheme is now back on track and will deliver 67 additional rooms in the very heart of the city.”

To support the regeneration of a key city centre site, the city council has secured a 125-year-lease on Haymarket House and will sub-let the refurbished building to Travelodge.

As part of the scheme, the city council has carried out a major £1.8million refurbishment of the Haymarket car park, with new surfacing, wider parking spaces, new lighting and improved pedestrian walkways. A new automatic number plate recognition system and improved CCTV security will also be installed as part of the refurbishment.

The city council has extended its lease on the car park – which, like all of Haymarket House, is owned by Haymarket Property Ltd – until 2049.