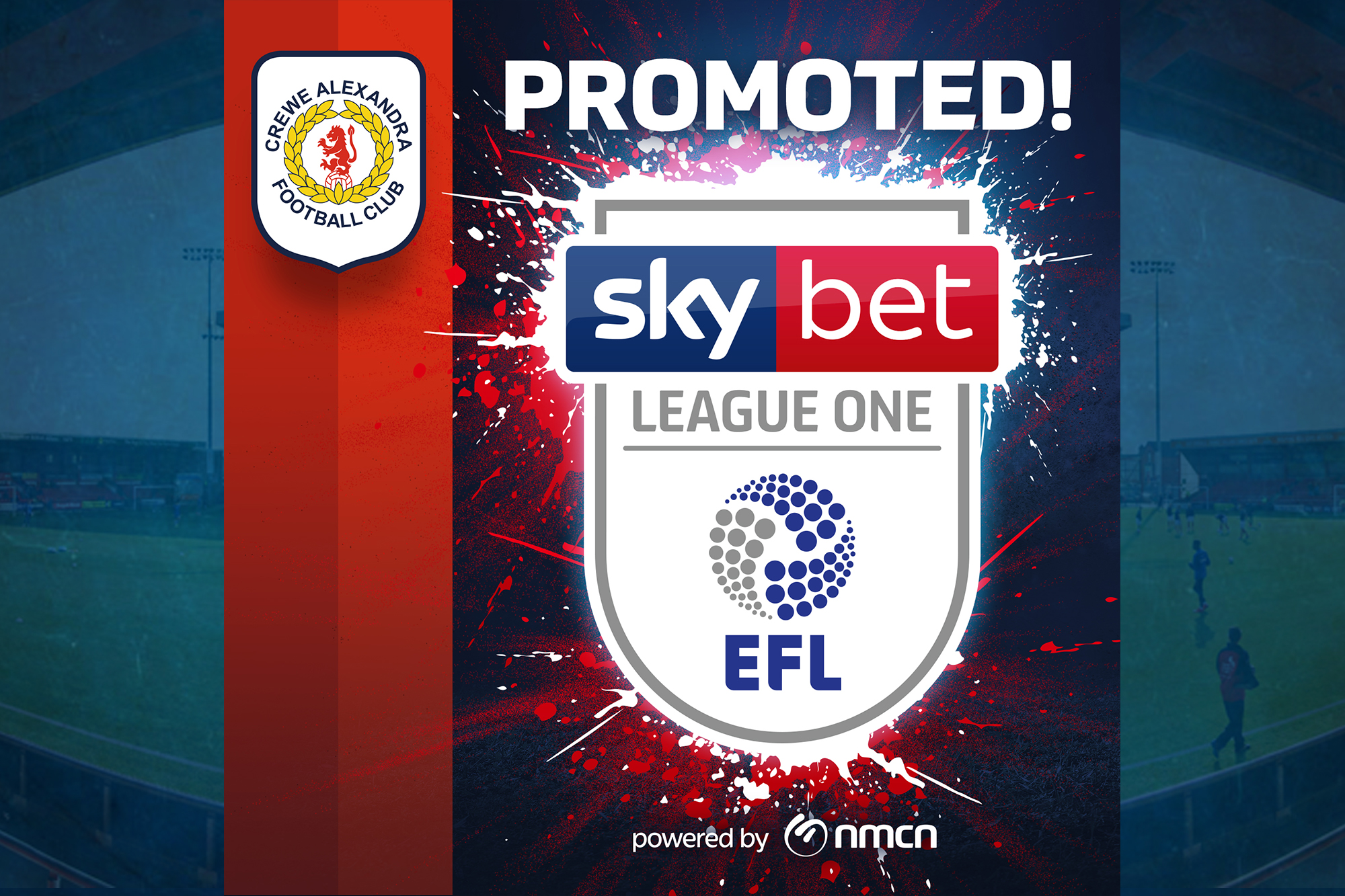 We are delighted to share our digital partners Crewe Alexandra FC have been confirmed as runners-up in League Two and are promoted for next season!

Due to the coronavirus outbreak, the 2019/2020 season had been suspended since late March, leaving the future of the season uncertain.

However, League Two Clubs voted Tuesday (9th June) by an overwhelming majority to formally end the 2019/20 season, meaning the Railwaymen’s season has officially ended and they start next season in League One.

The final League standings had been confirmed and completed via the points per game system, which meant the clubs’ totals had been accumulated with the points they had averaged throughout the season – leaving Crewe Alex in second place, with a promotion to League One alongside Swindon Town who have been confirmed as Champions and Plymouth securing the third automatic promotion place.

Throughout the 2019/2020 season, we’ve provided Crewe with a suite of matchday social media graphics that have been used throughout their home and away games.

We also sponsored highlights packages shared by the club across its social media channels.

Yesterday all of their promotion graphics had our logo on and have been hugely popular on twitter and other social networks.

In addition to professional club Crewe Alexandra FC, we have also partnered with a number of non-league clubs including Harrowby United FC and Clipstone FC.

We are delighted that Crewe Alexandra FC have been promoted and look forward to the potential growth of the partnership moving forward.

nmcn has won a duo of international awards for its children’s book When I Grow Up, which was written to address the skills shortage in the industry. We are delighted after being named the winner ...

nmcn’s Power & Industrial business unit have been awarded another project in one of their targeted sectors. The project has a contract value of £3.7m and works commenced onsite 15th of June, 20...